A simple question with a simple answer, right? Well, sort of.

As with any exercise, calories burned is relative to a lot of different factors. The main one though, is going to be your own weight. The heavier you are, the more calories a given activity burns compared to someone that doesn’t weigh as much; this is part of the reason why someone who is tall has an easier time losing weight than someone who’s shorter. While their BMI may be similar, their actual weight is what matters in this regard.

So to objectively answer the question of how many table tennis calories you can burn in a game, we need to go over some background info.

The most important of which is to explain what a calorie is, followed by the concept of the MET.

What’s a Calorie?
MET Explained
So How Many Calories is That Exactly?
Bringing it Home

This bit is a little confusing. Not necessarily because it’s complex science, but because the terminology frustratingly uses the same name for effectively different things. 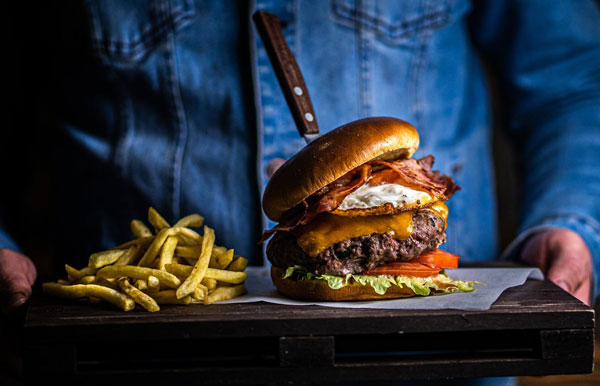 So, let’s define our term real quick. In terms of nutrition and exercise, a calorie is technically a kilocalorie, also commonly written as a Calorie (with the capital C mandatory) to differentiate it from the calorie used in chemistry. However, this terminology is also dated pretty much entirely out of use in other scientific circumstances…bringing us back around to “calorie with a small c is fine now”. In the United States, nutrition facts are required to be labeled as kilocalories…which companies sneakily got around by listing it as Calories (capital C mandatory again, see?) instead, because it technically means the same thing.

That digression out of the way, a calorie is for our purposes how much energy it takes to raise a single gram of water by 1 degree Celsius. So, burning calories is very much a direct reference to how much energy your body is consuming to perform a specific task.

Think of it like a steam engine. It must consume fuel to burn and produce steam, more fuel than is needed at one time is set aside in a stockpile. You must consume calories to survive, and excess calories are stockpiled for later (in the form of fat).

The MET, or Metabolic Equivalent of Task is an objective measure that aims to determine how fast a person burns energy when doing a certain task. This is relative to your mass (or weight, in colloquial terms), as I mentioned earlier.

Each task is assigned an MET, starting at 1, the baseline. An MET of 1 is equivalent to just sitting in a room quietly, not doing much of anything. Fun fact: even seemingly negligible tasks such as typing have an MET above this threshold; typing for an hour has an MET of about 1.45.

MET values increase linearly. An MET of 2 is twice as draining as MET 1 (this includes tasks as simple as folding the laundry or playing a video game with some enthusiasm), an MET of 3 (sweeping the floor, walking your dog, etc.) is three times as draining, and so on.

Which brings us to ping pong, an activity with a MET of around 4 to 4.5; there seems to be some disagreements by various sources.

So, how does this compare to other activities? Well, it depends.

Compared to other indoor sports like billiards or bowling? It compares VERY well, with those tasks coming in at 2.5 and around 3 respectively; remember the linear increase, so ping pong is at a minimum 25% more efficient at burning calories than bowling.

However, compared to other racket sports, it’s a little less favorable. For quick examples, tennis is at a 5.6, Badminton is at a 7, and squash is anywhere from 5.6 (for friendly casual matches) to a whopping 9 in competitions; an average of 7 for standard games.

So in terms of being the most efficient calorie burner out there, is ping pong the best? No. But it’s quite good for what it is: a casual sport that can be played by pretty much anyone, regardless of ability or disability, making it a highly efficient exercise for those unable to do more strenuous activities.

So How Many Calories is That Exactly?

Well, there’s a fairly simple formula that helps you figure that out. You’ve already cracked the first step: finding the MET of ping pong (you can find a wide range of MET values for other tasks in the “Compendium of Physical Activities” which can be found online rather easily.

The formula itself is simply the MET, times your weight in Kilograms, times 3.5, divided by 200. This may require you to do a bit of conversion, but it’s well worth it.

So, as a quick example, I weigh 220 lbs. That means in an hour of ping pong, I burn a solid 420 to 461 calories. Not bad for a few friendly matches. The benefits of the game is your getting a workout plus socializing at the same time. Keep in mind that unless you’re really throwing yourself into it, that number is going to be on the lower end (the 4 MET value rather than the 4.5).

Knowing how many calories an activity burns is great, but what does that actually MEAN for your fitness and weight loss goals?

To know that, you just need to know how much energy is stored in a single kilogram of fat: and it’s roughly 7700 calories. For those of us here in the US, that’s about 3465 calories in a single pound.

That’s how much of a deficit you need to go into to burn that single kg or lbs. of fat. So, burning a solid 420 calories (or however many based on your weight) in a day is great! But you need to keep your expectations realistic.

You’re typically going to be consuming 2000 calories per day for the average diet; give or take about 400 in either direction. That means to burn a single pound of fat, you need to keep up your one hour a day ping pong habit for at least 8 days. You can always play more ping pong, or sprinkle in extra exercise, but in any case you’ll need to keep in mind that the key thing here is to form a habit, not see immediate results.